Vertaling komt eraan ;)
Ok, so what's a GoGirl?
Simply put, GoGirl is the way to stand up to crowded, disgusting, distant or non-existent bathrooms. It's a female urination device (sometimes called a FUD) that allows you to urinate while standing up. It's neat. It's discreet. It's hygienic.
GoGirl is easy to use. Just hold GoGirl against your body, forming a seal. Aim and, well, pee. Pretty simple, huh?
GoGirl fits easily in your purse, pocket, or glove compartment. It's a must for travel and sports. And it's great for everyday - no more crouching over or trying to cover up an unsanitary public toilet.
While the concept may be new to you, European women have used female urination devices for years. GoGirl's not the first device of its kind. But try it. And we think you'll agree it's easily the best.
Only GoGirl is made with flexible, medical grade silicone. Dispose of it after use. Or clean and reuse as you like. (Urine is sterile, but the product can come into contact with contaminates during use, so take precautions when cleaning.) Our patented splash guard eliminates messing and spilling. Once you practice a time or two, using GoGirl is going to feel like second nature. 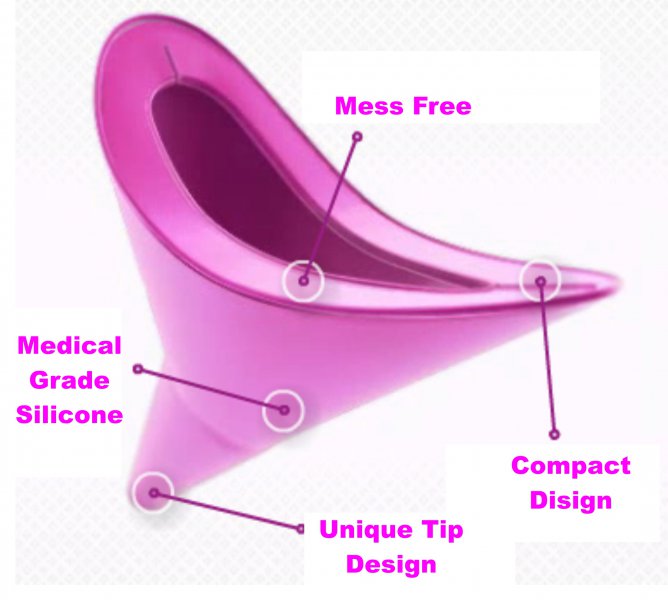